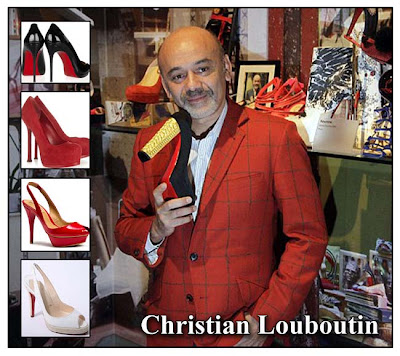 Yves Saint Laurent has dropped its lawsuit against Christian Louboutin, finally closing a drawn-out case over who owns red-soles, for good.

The most recent court decision satisfied the french fashion house, which allows YSL to make monochromatic red shoes, where both the soles and uppers are red.

However Louboutin's 2008 trademark protection over the red sole alone will continue to be upheld, a decision which lead YSL to cancel its six counterclaims against Louboutin.

In court documents filed Tuesday, YSL said it has decided that these claims are no longer worth pursuing thus resolving what remains of this litigation and allowing the parties to close the book on this litigation and refocus their attention on their respective fashion creations.

The case began in April 2011, when Christian Louboutin sued YSL for using red soles on the bottom of its red pumps.

Louboutin demanded $1million in damages, which was based on a trademark granted to Louboutin in 2008 for red soles.

Yet the case was subsequently referred to the appeals court after a New York district judge ruled that Louboutin had exclusive rights to red soles, but dismissed claims that YSL’s all-red shoes were an infringement of Louboutin’s trademark.

Last month, the case was mostly resolved when the Court of Appeals ruled that Louboutin’s trademark should not be enforceable on red-sole shoes with matching red uppers.

YSL filed a request to drop the rest of its counterclaims without prejudice against Christian Louboutin, according to a brief issued by YSL’s lawyer, David Bernstein.

Without prejudice means we have the right to re-file claims to cancel the trademark if Louboutin challenges us again with respect to our designs, he told WWD.

Louboutin’s lawyer, Harley Lewin, telling Reuters that the ruling enables the company to protect a life’s work embodied in the red sole found on his women's luxury shoes.

And in a statement released Tuesday evening, Louboutin added that the ruling reaffirm[s] the validity of our trademark rights on the red sole in the U.S. (which) deprived Yves Saint Laurent of its claim for cancellation of our trademark.

Mean, Mr Bernstein, YSL's lawyer, told WWD: Now that the Court of Appeals has definitively ruled for Yves Saint Laurent and has dismissed Christian Louboutin’s claims, Yves Saint Laurent has decided to end what was left of the litigation and refocus its energies on its business and its creative designs.

Christian Louboutin has applied glossy vivid red to its soles since 1992, the iconic shoes selling for upwards of $700 a pair.

Last year Louboutin sued lost a lawsuit against Spanish brand Zara after claiming that an open- toed red-soled shoe it was selling for £40 was similar to its Yo Yo style.

A French court ruled that Zara’s cut-price shoe could not be confused with that made by the high-end designer and the Cour de Cassation – the final court of appeal – upheld the decision.