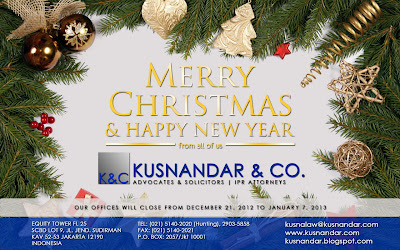 Facebook's photo-sharing service Instagram has moved to deny that it has changed its privacy policy to give it the right to sell users' photos to advertisers without notification.

It said instead that users had incorrectly interpreted its revised terms of serviced, which it blamed on its "confusing" choice of language.

Instagram's clarification follows much user opposition to the believed change.

"To be clear: it is not our intention to sell your photos," it said.

Instagram chief executive Kevin Systrom said in a blog posting: "It is our mistake that this language is confusing.

"We are working on updated language in the terms to make sure this is clear."

Compulsory changes to Instagram's terms of service are due to come into effect on 16 January.

The originally proposed new wording that caused the controversy included: "You hereby grant to Instagram a non-exclusive, fully paid and royalty-free, transferable, sub-licensable, worldwide license to use the content that you post on or through the service."
The terms also stated that "a business or other entity may pay us to display your username, likeness, photos, and/or actions you take, in connection with paid or sponsored content or promotions, without any compensation to you."

Following Instagram's denial, the Electronic Frontier Foundation, a US pressure group that campaigns for consumer rights on websites and in social media, told the BBC that "there appeared to be a little bit of a word game at play here".

"It is hard to evaluate the damage this may cause to the company at this early stage, but any social network risks losing the trust of its users. And social networks depend on users being willing to share information, on users seeing them in good terms."


Corruption handling in the United States (US) is basically not much different from Indonesia, expect its legal history, namely the US Foreign Corrupt Practices (FCPA) which was passed into law in 1977. Since the date it was passed into law until now, FCPA has been amended for two times, namely 1988 and 1998. The two amendments are related to Foreign Corrupt Practices Act (1998) and Foreign Corrupt Practices adjusted to the Development (OECD) convention in 1998. “There are some US companies which commit a large amount of bribery in Indonesia. There are also individuals who were committing bribery. Everything can be seen in the website”, Dan forth Newcomb, corruption expert at Shearman & Sterling LLP, New York, US, told Business News (9/18)..

FCPA has involved some big cases, for example judicial review on mufti-jurisdiction anti corruption case against Nokia filed by Siemens AG. And. There is as a case involving ABB Volvo in the process of the United States Department of Justice (DOJ) in oil for food program. The ABB case is involving DOJ’s investigation on Narks Hydro/Statoil Titan Corporation, Daimler Chrysler AG, Bonny Island in Nigeria, Faro Tech. Inco, and Oil State International Inc.

While, jurisdiction within the US territory can not 100% become an experience on how to handle corruption in the US. For example, a law firm in New York cannot provide legal assistance on corruption case in State of Vermont. United States is a federal country with stronger autonomy of the states. This might be different with Indonesia. Indonesia’s and US ‘geographical conditions are different. Because Indonesia is an archipelagic country consisting of around 17.000 islands. While, United States is one big island un separated by seas. “But, the application of corruption eradication law is not directly related to geographical condition.”

Corruption handling in Indonesia is no different from the one in the United States, namely transparency, public and media support, legal system, etc. we should keep politics away from detention and investigation processes as interference will distort corruption handling. “We did not have any institution like KPK (Corruption Eradication Commission). But, corruption handling in our country is under coordination of the DOJ and the Securities and Exchange Commissions (SEC).”

While criminal provisions on bribery criminal act in the US is not much different from the one in Indonesia. Corruption act, as defined in FCPA, is a continuation of the act of giving, offering, promising, or validating the giving of something of “value” to “foreign officials” or political parties, political parties’ leaders, candidates, or anyone whatsoever. While, the affirmative interpretation is: A reasonable expenditure is promotion, demonstration, product and service explanation. And, affirmative interpretation also explains about implementation or execution of contract with government. Payment to foreign government officials is legal if it permitted by the law of the host country. “While, regulations on dead sentence do not exist in the United states. FCPA stipulates provisions on heavy punishment quantitatively and qualitatively. It means that we catch the corruption committed involving high officials and all related parties”.

Indonesia’s Trade Balance was for the time being having deficit against main trade counterparts like China, Japan, Thailand, South Korea, Singapore, Taiwan and some countries in Uni Europe region. In view of the unsatisfactory export performance, the Indonesian Chamber of Commerce [KADIN] urged the Government to make overall reforms in international trading. Chairman of KADIN Suryo Bambang Sulisto in Jakarta on Monday [17/7-2012] stated that he was most disheartened by the ever-eroded national forex reserves due to swelling import and shrinking export. Therefore, KADIN urged the Government to radically change the policy.

According to Suryo, the most important thing now was how to jack up export and minimize import. Supposedly The Government en change policy which jack discourage import and inject more incentives which jack up export. “In reality, many regulations held back export” Suryo said.

According to Suryo, when deficit in trading and deficit in current transaction were alarming today, the Government’s priority was to jack up export to the maximum. But what was happening now was imposition of various taxes. Suryo did not explicitly mention which regulation obstacle export but it seemed that he meant was the export tax on mineral ores which recently reduced export to many countries. Suryo added on that the Government’s policy totally prohibit export of raw minerals as per 2014.

On the other hand Suryo supported the policy of the Ministry of Trade which prioritized promotion of export and promote people’s purchasing power. The policy for international trading was focused on stepping up competitiveness was exercised through market diversification and smoothness of traffic flow. The fundamental handicap of Indonesia’s trading, according to Suryo, was downturn of trading performance and weak competitiveness of products.

Suryo rated that the Government needed to accomplish some homework in regard to export chain and some factors that caused high economic cost. Firstly, the cost of container clearing at the seaport was still the highest in ASEAN. Secondly the cost of illegal collection was at least 7.5% of export cost. Illegal collection [pungli] were still prevalent in scale bridges, in Jakarta or in the regions. Thirdly, Indonesia’s industry was still facing the problem of high content of imported components in products, intermediate components, and components for the industry constituting 28% - 90%. Other problem in industry was poor command of technology.

To quote WTO’s data, growth of the world’s economy in 2011 was only 5.0% or slipping steeply against 2010 which was posted at 13.8%. In 2012 growth rate was 3.7% or being below average of growth over the past 20 years which reached 5.4% per year. The downturn was on account of global problems like debt crisis in Europe, natural disasters in some countries like: tsunami in Japan, flood in Thailand and disaster in China and polical instability in Lybia, Egypt, and Tunisia which interrupted the world’s oil supply.

The growth of average import-export value or volume per annum or trend of long-term growth were the main indicators of Indonesia's trade performance was visible from the average annual growth which were relatively low compared to competing countries or growth was also indicated by long term growth increased. the trend of long term growth represented long term changes which were positive in terms of product competitiveness in global trading.