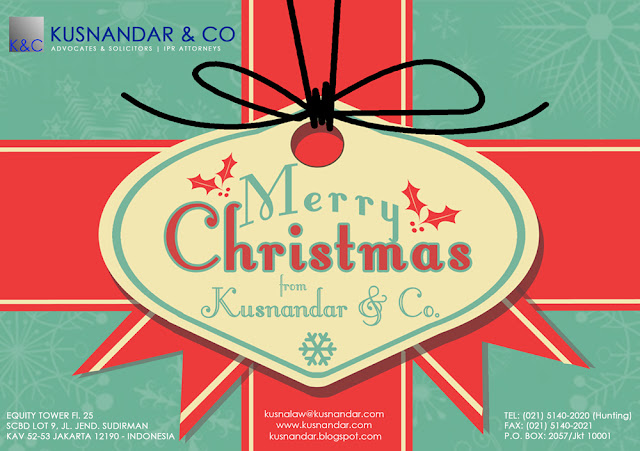 
The Minister of Finance Bambang Sumatri Brodjonegoro rated that on the overall Indonesia’s economy was today still well and good and under control. The statement was made on the basis of assessment of Q II presented after the meeting conducted by the FKSSK Forum in Jakarta on Thursday (13/8).

The meeting held at the Ministry of Finance office, beside being attended by the Minister of Finance was also attended by the Ministry of Economy Darmin Nasution, Chairman if OJK Muliaman D. Hadad, Governor of BI Agus Martowardojo, and Chairman of the Board of Deposit Insurance Agency (LPS) Heru Budiargo. “In a situation of today it is necessary to hold FKSSK meeting. The moment was significant with the presence of Darmin Nasution as new Minister of Economy. Based on assessment of Q II economy was still under control”, the FKSSK meeting concluded.

Furthermore the Minister of Finance stated that in responding to global economy, FKSSK agreed to maintain Rupiah stability, as Rupiah was today being undervalued. “Stability of the financial system is still well maintained. Outcome of the Surveilance Indicator was still under control. FGKSSK would stay on the alert,” he said.

Furthermore the Minister of Finance stated that Indonesia’s economy climate was governed by global economy especially when China was devaluating their Yuan. “The influencing factor is more on the external” So this was a combination between external factor and low wmitent’s performance. For that matter FKSSK agreed to take sound measures.” He said.


The Ministry of Industry Saleh Husin felt sure that Creative was highly potential as a new power core to sustain national economy, because it was reliant on endless resource. “The invaluable resource is creative juices of the creators which would constantly grow to produce added value. Moreover with a conducive climate it would prove itself to be contributive to economy,” he said.

Upon delivering his speech at the opening ceremony of “Fashion and Accessories Products Expo” at the Industry Expo Plaza on Wednesday (12/8) he set forth that fashion and handicrafts was one of the economic subsectors most contributive to national economic growth in the aspect of increasing added value, employment, number of companies and exporting. “For that matter, the Ministry of Industry kept promoting national creative industry, which grew by 7% a year,” he said.

In the opening ceremony of the Expo, there was also present Chairman of the National Handicrafts Council (DEKRANAS) Mufidah Jusuf Kalla with the Management of Dekranas from various provinces among others Jakarta, Aceh, South Sumatra, Lampung, Jambi, West Java, West Kalimantan, Southeast Sulawesi, Papua, NTT and NTB exposing fashion products and accessories.

In that opportunity the Ministry of Industry disclosed that in 2014 – 2015 the added value from Creative Economy was estimated at Rp.111.1 trillion. The greatest contributor of added value were among others the subsector of fashion, culinary, and handicraft. “The highest growth was attained by the subsector of handicraft with export growth of 11.81% followed by fashion 7.12%, advertising 6.02% and architecture 5.59%.”

According to Saleh Husin, traditional handicraft could produce premium products and was rich in traditional values whether in the form of handicraft, woven objects, ceramics or garments which were varied and colorful. For that matter all efforts to promote the creative industry must be supported.

Furthermore in the effort to develop national creative industry, the Ministry of Industry had taken strategic measures to increase added value of the fashion industry through technical counseling, marketing and promotion campaign, machinery support and protection on intellectual rights.

The widespread use of cellular gadgets and multi media was expected to be the propeller of growth of the content industry in Indonesia. The open characteristics of the industry means opportunity to develop especially among the young generation.”The animation industry especially interactive games and software creations, although the contribution to GDP was low was highly potential for development,” the Minister of Industry Saleh Husin said in Denpasar on Tuesday (11.8).

The Creative Industry was one of the important pillars of national economic development be cause it breeds an intelligent generation in the globalization era.

During the opening session of International Conference of Creative Industry (ICCI) 2015, the Ministry of Industry appreciated the conducting of ICCI 2015 which was expected to be a communication forum between the Government, academicians and layers of the creative industry.

Meanwhile the subsector of interactive Games and softwares, although the contribution to GDP was still small, this industry was highly potential as indicated by growth of added value, i.e. above 10% on the average per year through 2010 – 2013.

In Denpasar the Ministry of Industry set up Bali Creative Industry Center (BCCI) which was expected to bring solution to problems faced by the small and medium industry like limited stock of raw materials, limited research and technology, handicaps in marketing and promotion and protection against stealing of creative ideas. “Being the ‘house’ of creative people, I am sure BCIC would bear innovative ideas whereby to be competitive in the Free Trade era” Saleh Husin stated.


This year EL Nino was predicted to be moderate and strong; but it should be borne in mind that Elnino only happened south of the equator not north of the equator. Only Java was affected but not Sumatra except Lampung. Kalimantan was not affected. Minister of Agriculture Amran Sulaiman made this statement upon monitoring drought in Kalimantan on Thursday (3/8).

In Kalimantan there were 1,000 ha of rice fields and in Sumatra there were 2,000 ha of rice fields to be maximized. Drought in Sumatra and Kalimantan was a blessing. The soil was mostly swamp so in the dry season the water descends and they planted rice. The Ministry of agriculture had procured water pumps, tracktors and combined hasvester so farmers could do replanting after harvest.

About drought, the Minister denied that he like a fire brigade, only acted after to late. The Government had anticipated drought by rehabilitating irrigation network covering 1,4 million ha. The pumps already distributed numbered 21,000 units.

“Many people questioned why did I have to wait until the dry season to distribute pumps. In Bodjonegoro there was 10,000 ha of dry land but there is the Bengawan Solo river. By using pumps the area could be saved.”

In indramayu there were 11,000 ha of rice fields drying up but there was the Cimanuk river which still contained water. With just 2 big pumps the are a could be saved. “The Government do not simply extend help but would consider the local condition. We excavate deep or shallow wells” he said.

Drought should not be regarded as 14 million ha which was the total area of rice fields in Indonesia. Of that area 76.3% were already harvested, the rice was in the barn and could not be disturbed.

What was to be saved now was the remaining 20% or around 2 million ha till September – October. A short term plan that could be done was to make artificial rain and pumping. For the medium range by making ponds and shallow wells, in NTT 1.000 was already 1,000 shallow wells which could overcome drought for the next 20 – 30 years.

As with beef the situation was now gradually normalizing. Meat from the feedlotters were already released, traders were already active once more and prices were down. Now it was for the Provincial Governments and the Polices to conclude whether there was rule being broken or not.

About stock of meat the Government had asked every feedlotter to report the population of cow the had. Out of 41 companies 35 had reported and the conclusion was: no shortage of stock.

The Minister of Agriculture had made sudden inspection to PT TUM; the result was there were 21,000 cows in stock, meaning there was no problem in terms of supply.

“If feed lotters were deliberately holding stock, they would not be given any recommendation in the future” the Minister said. The Directorate of Animal Farm was asked to seek for a niche in Law whereby to put sanction.”

THE PROSPECT OF E-COMMERCE GROWING SIGNIFICANTLY


The Ministry of Communication and Information predicted business prospect in e-commerce in 2015 would grow significantly. The growth of E commerce was propelled by bettered technology access and direct connectivity to consumers. Moreover consumers of adult age were more daring to experiment and they were more consumptive. Players in the industry were suggested to strengthen branding the way it was produced by local producers in the cellular phone industry.

The Ministry of Communication and Information predicted total value of e-commerce would come to USD 10 billion to USD 20 billion this year end. Minister Rudiantara stated on Thursday (13/8) that e-commerce as one of the sub-sectors of creative economy was constantly growing. He mentioned that in 2013 the value came to USD 8 billion, in 2014 in increased to USD 12 billion and by this year and predicted to be USD 18 billion – USD 20 billion.

For that matter Rudianto suggested players for e-commerce in Indonesia to use .id as domain to minimize bandwidth expenses paid to overseas servers. The Minister disclosed that he had prepared facilities. He saw that many players of e-commerce in Indonesia today were still using .com as domain. He said that use of .id could be adjusted to the location of transaction domination. If the transaction was international .com could still be use as domain. Rudiantara stressed that if players of e-commerce were of international transactions constituted only 5% of their total sales, they were suggested to use i.d.com

Similar statement was a made by Andi Budimansyah chairman if PANDI Indonesia Internet Domain Management. He agreed with Rudiyantara who pled e-commerce players in Indonesia to use .id as domain. Andy stated there were 3 important points using i.d. as domain. Firstly bandwidth espenses did not have to flow to other country if local domain was used. Andi said that domestic content must be increased to draw users of foreign internet to enter Indonesia.

Secondly, access to internet would be faster if domestic domain was used. Internet users did not have to access overseas server so the access was relatively faster. Thirdly the case of domain authority. If the overseas domain was used, the arrangements would be managed by foreigners such as pre-requirements for domain users and where the DNS was located.

Businessplayers welcomed Government’s initiative to prepare electronic trading regulation in Indonesia. The Government was asked not just to focus on regulating distribution of goods but also services on the could. Chairman if ASPINDO Haryadi Sukamdani stated that electronic trading must be regulated so the Government could control and at the same time collect money from tax.

He said that the trend of doing transactions by internet kept increasing. All sellers had to do was to communicate and send the message by email of chatting. The consequence was that the Government could not check products and tax incurred because the goods could not be detected physically. Harriyadi showed as example products traded by e-commerce were usually of graphic design category, architectural design, interior design, video games and animation film. (SS)