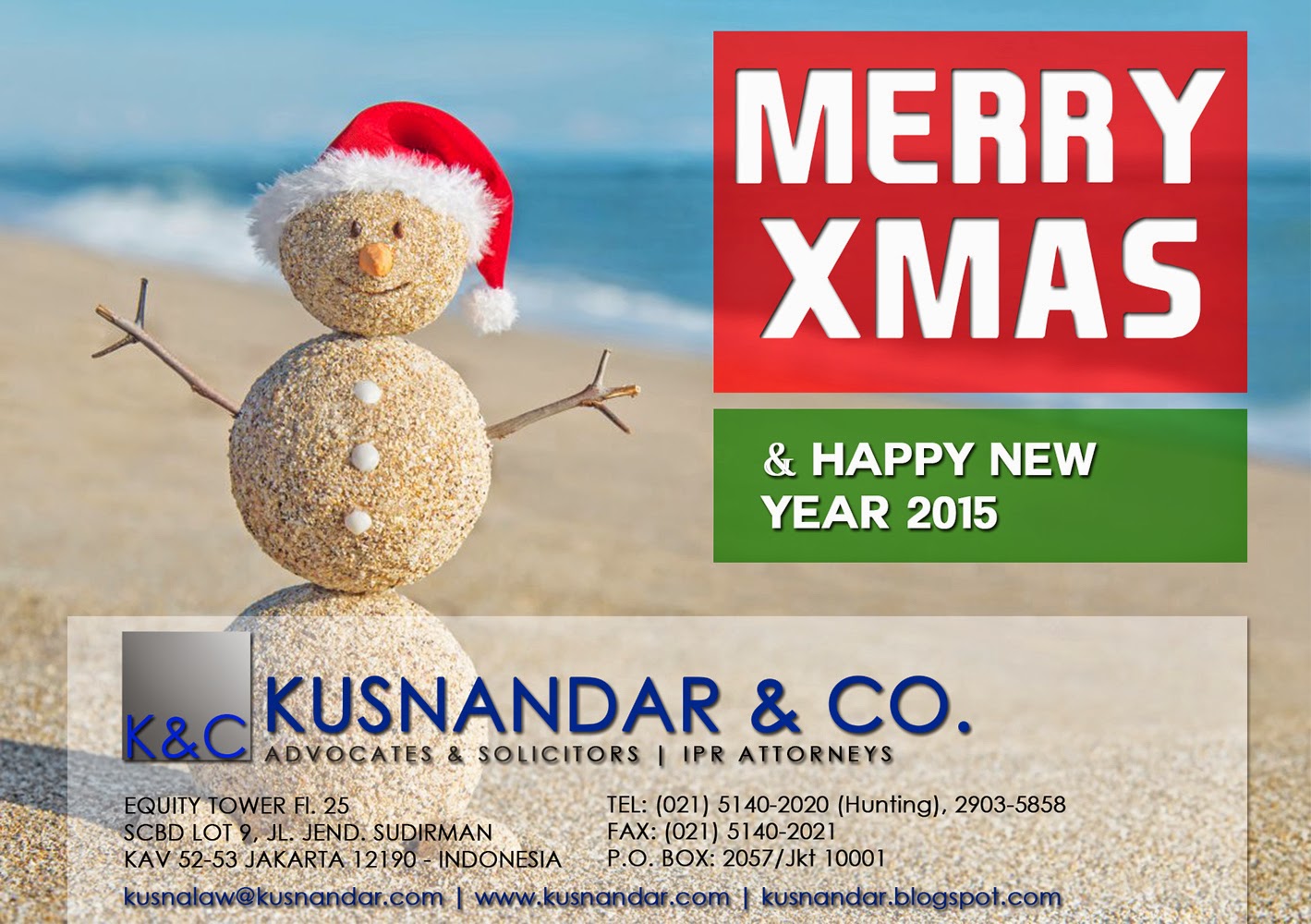 POLITICAL SPECTRUM IN THE INCREASE OF FUEL PRICES


The increase of subsidized fuel prices was sponded by the public in various ways. Some of them considered that the policy is decided in order to secure fiscal space and provide guarantees for the realization of the government’s plans. However, there are some who regretted that because the current price of oil in the world market is declining. And so forth.

The policy for the increase of subsidized fuel price starting today can be observed from several aspects. First, we would like to emphasize that it is difficult to say that raising of the price of subsidized fuel will ensure a repeated political dynamics of SBY-Boediono several years ago. Because the plan of raising fuel price has been planned long before the inauguration JOKOWI-JK.

Indeed, there is rejection from the Indonesian Democratic Party of Struggle (PDIP) given that political party which proposed Jokowi-JK should be consistent with the attitude that always rejects the increase of price of subsidized fuel during SBY-Boediono administration. The adverse reactions expressed openly and fairly frontal by some PDIP cadres seemed to imply the existence of a schism within PDIP, more specifically PDIP elites in Parliament and the government. This view may be true. But, what is interesting here is the courage to take that policy. Is JK Jokowi not afraid of losing popularity?

This question is important, because the answer will provide a pattern for the government in the future. One thing that emerged at this time is that Jokowi-JK chooses not to use political imagery in making decision which was opposed by several parties. Then, what is the political implication of this choice for Jokowi-JK government in the future? It must be said that the political impact pd subsidized fuel prices increase would be addressed by the government. This belief is supported by some factors, ranging from the typical warranty that Jokowi-JK did not prophesy themselves as a successor of political imagery, thereby increasing fuel price is done because it is believed as the best way available today, and this is the most important, their strong commitment to eradicate oil & gas mafia which is characterized by the formation of Oil and Gas Governance Reform Team one day before.

Another interesting point to be observed is that this policy will probably be a chance for the Red and White Coalition (KMP) to attack the government. But, this is conjectural. If there was a strong reaction from KMP, it must be seen as a strategy to refine the image of the Red and White Coalition (KMP) that had been tarnished due to the controlling of seats of AKD (working commissions and other bodies in the parliament) leaders. Maybe, KMP did not indicate rejection frontally while watching ‘civil war’ within PDIP driven by its members who refused the increase of subsidized fuel prices, with the hope that KMP could get a political advantage. In a situation where each party is trying to seek political advantage from the fuel price increase, it is very important for PDIP to intelligently manage the difference of opinion with the government.

However, the policy of JOKOWI-JK provides a new lesson for to public. The point is that the government should have the courage to act in situations where is urgency that cannot be postponed even though the government’s popularity is at stake. Parallel to tat, the program that has been prepared to soften the impact of rising fuel prices for the poor must be carried out properly and the result should be enjoyed by the people. (E)

OIL PRICE STILL SUBJECT TO CHANGE DEPENDING ON WORLD’S PRICE


Vice President Jusuf Kalla stated that oil price might be increased next year if world’s oil price touched USD 110,000 per barrel while today world’s oil price was still at the level of USD 80 per barrel. “If world’s price increased by around USD 10 per barrel, no problem – we need not to increase oil price; but if the increase was more than USD 30 barrel we must recalculate the price.” He said while opening the Risk and Governance Summit 2014 in Jakarta on Tuesday [18/11].

The next step for the Government was to consider to implement fixed subsidy on oil. Unlike the present subsidy scheme which was based on price subsidy, soon when world’s oil price fluctuated, the Government did not have to revise oil price, because price of oil would automatically fluctuate following market price and the public would have to bear the excess of caused by increased oil price.

The measure was taken because to increase oil price by Rp2,000 alone was not enough to heathen fiscal. “Next year we would calculate to stipulate fixed subsidy, we will decide whether it would be Rp. 1,000 to Rp. 2,000 per liter” Jusuf Kalla, who felt sure that fixed subsidy could be implemented next year, after firstly consulting the Parliament.

Previously BI felt that to increase price of subsidized oil alone was not enough for stabilizing fiscal. The Government was asked to execute fixed subsidy to support a sustainable state budget. BI’s Deputy Governor Perry Warjiyo saw that axing of energy subsidy by increasing oil price each time there was change in currency exchange rate or world’s oil price increase would but create uncertainty in the future. “So it would be best to set fixed subsidy for oil for example Rp. 500 or Rp. 1,000 per liter – it would be better. If oil price increase is exercised gradually the way it is happening today, it would but create over expectation.” Perry said.

The idea of fixed subsidy itself was in fact already thrown as a discourse in the past Government but was not implemented because it was unpopular. With fixed subsidy, the energy part of APBN State Budget would be sensitive world’s oil price or Rupiah exchange rate value – but the consequence was that price of subsidized oil at retail level might fluctuate anytime adjusting itself to international oil price.

At the same time, Vice President Jusuf Kalla again criticized the previous Government who had wasted high amount of budget for consumptive buying which did not bring any betterment to economy. State budget was thrown away carelessly for routine financing like bureaucracy and subsidy and subsidy which was not ignorable by amount. “The APBN budget had not been functional as instrument to stimulate economy due to wrong expenditure. Fund was wasted on bureaucracy and subsidy” he said. (SS)

Under the circumstances it came as no surprise that financial institutions in Indonesia were places where fraid was happening as disclosed by he Global Fund Survey 2014. “Therefore the awareness to implement Good Governance effectively in the financially service and constantly and the initiative must show sound benefit, instead of mere rules and regulations.”

Furthermore Mulliaman stated that the development of institutional capital, which was in principle a form of good governance in Indonesia must be constantly improved and perfectionized.

Good Governance, Muliaman said, was a necessity not just a concept. Good Governance as a concept had been widely known and discussed by professional circles but the implementation and benefit was still way below people’s expectation. There was significant gap between the application of Good Governance and public expectation of the benefits. Therefore there must be sound initiative between to bring the concept down-to-earth so it could be well understood, implemented, and be felt it its benefits.

In this case OJK was determined to be role model of Good Governance implementation in Indonesia, especially in the financial service industry. The strategic steps taken were among others:

In building a healthy and stable industry, OJK ran management strategy, control and consumer’s education but also applied partnership strategy with professionals and other stakeholders. OJK kept communicating intensively qit association and professionals in the government good government in the financial industry.

The definition of Good Governance and combined assurance of OJK which involved players of service industry and finance was one of OJK’s strategy to promote governance quality in the financial service industry beside the management and control approach. An approach as such was holistic approach which emphasized more on need and benefit instead of the approach focusing on suty and sanction. (SS)

Similar statement was made by Sugiharto, Expert Staff in Logistics and Multi Media of the Ministry of Transportation who said that National logistics cost was still high so it was not strong enough to jack up competitiveness of Indonesian products in the Free Trade era. He said that many countries in Southeast Asia had been able to enhance efficiency which lowered logistics cost.

He said that with the same distance of 55 km from Pasir Gudang to Tanjung Pelepas in Malaysia the transportation cost was around USD 450 in 1 – 2 hours while logistics cost for 1 container from Cikarang to Tanjung Priok harbor was USD 600 covering 4 – 8 hour.

Not just overland transport was expensive, sea transportation was just as costly. Shipping of cargo from Padang to Jakarta was Rp. 600 per container, while shipping expenses from Singapore to Tanjung Priok harbor was USD 185 per container. Sugihardjo also rated that anchorage and loading and unloading in harbors was time consuming. In Indonesian harbors [Pelindo] loading and unloading took around 3 days on the average while ideally it should be 2 days.

To cut logistics cost, Sugihardjo said, the best way was to build adequate infra structure. A toll road needed to be build to connect industrial areas and the harbor, and the number of harbors must be increased as well; at least there must be one harbor for very 40 kilometers along the coastline.

Meanwhile Supply Chain Indonesia [SCI] rated that the Government’s plan to increase oil price would have its impact on transportation and logistics cost which further jacked up commodity prices. Chairman of SCTI Setijadi stated that trucking companies would be the most affected by increased oil price.